The past year has put great stress on our collective mental health, worsening an already serious health and economic crisis. At the Council, caring for the health and wellbeing of our MBEs, members, staff and friends is deeply woven into our core values and goal of serving our community. We firmly believe that mental health should be valued, cared for and treated equally alongside our physical health.

Beyond the affect mental health has on individuals, it also has a significant impact on business. The World Health Organization (WHO) estimates that depression and anxiety cost the global economy $1 trillion per year in lost productivity. People who are grappling with anxiety, depression, grief, or trauma are not able to show up as their best self anywhere, and this includes the workplace. But WHO also found that for every $1 spent on treating common mental health concerns, there is a return of $4 in improved health and productivity.

In our commitment to deliver value to our Members and MBEs, we have compiled a list of mental health resources available to share with your teams, and best practices around employee mental health. While this list is not exhaustive, some key points to consider when building a strong workplace mental health plan include:

The best approach for each business will vary depending on size, existing structure and environment. Whether you are a sole proprietor or a company of 200, we encourage you to explore resources available to you and your employees, including the enclosed list. After the collective stressors of the Covid-19 pandemic and social injustice upheavals over the past year and a half, note that even as the economy begins to return to pre-pandemic state, our lives and the lives of our teams and families are far from returning to ‘pre-pandemic business as usual.’

“Leadership is the ability to motivate and lead individuals, teams, and organizations through discovery, discussion, and actions they would not have arrived upon on their own.”

It took a lifetime of work, research, experimentation, and refining before I arrived at my definition of leadership.  To become a great leader, more importantly a visionary-leader requires a significant deal of work and conscious effort. I had to be very intentional in my search for understanding what a great leader does, why a great leader seeks this role, and ultimately understand how to become a visionary.

1st attribute of Leadership – Desire:  I consciously committed myself to become a great leader.  It takes time, effort and risk.

2nd attribute of Leadership – Be a Teacher:  I have enough confidence in myself to be willing to share all my learning’s from my work, education, and experience.

3rd attribute of Leadership – Challenge:  I have been willing to lean forward into risk throughout my career and being a provocative thinker: consistently asking the question “So What?” – not to be difficult but to encourage thoughtfulness and deep level 2nd and 3rd level thinking (i.e., critical thinking).

5th attribute of Leadership – Team Builder:  Respect for everyone is the foundation of building a team: Respect for themselves; their teammates, and, for the organization.  Respect for the leader that sets the course and helps them understand how to get there.

6th attribute of Leadership – Collaborator:  Very early in my career I found that all the good leaders pull all the appropriate resources/stakeholders together and help them achieve a common goal.

Lastly, as these seven attributes build upon each other and become an innate skill, we achieve the pinnacle of leadership – Insightfulness – Visionary:  Through my years of experience I feel I have moved from being a first line employee to becoming a Visionary – a state of “Enlightened Competence.”  This is a state true leaders desire to achieve.  It is the state where we see things no one else sees as well as gaps, solutions, opportunities, and improved methodologies that no one else sees. This is the highest state of Leadership we can achieve – become a Visionary, become a Great Leader! 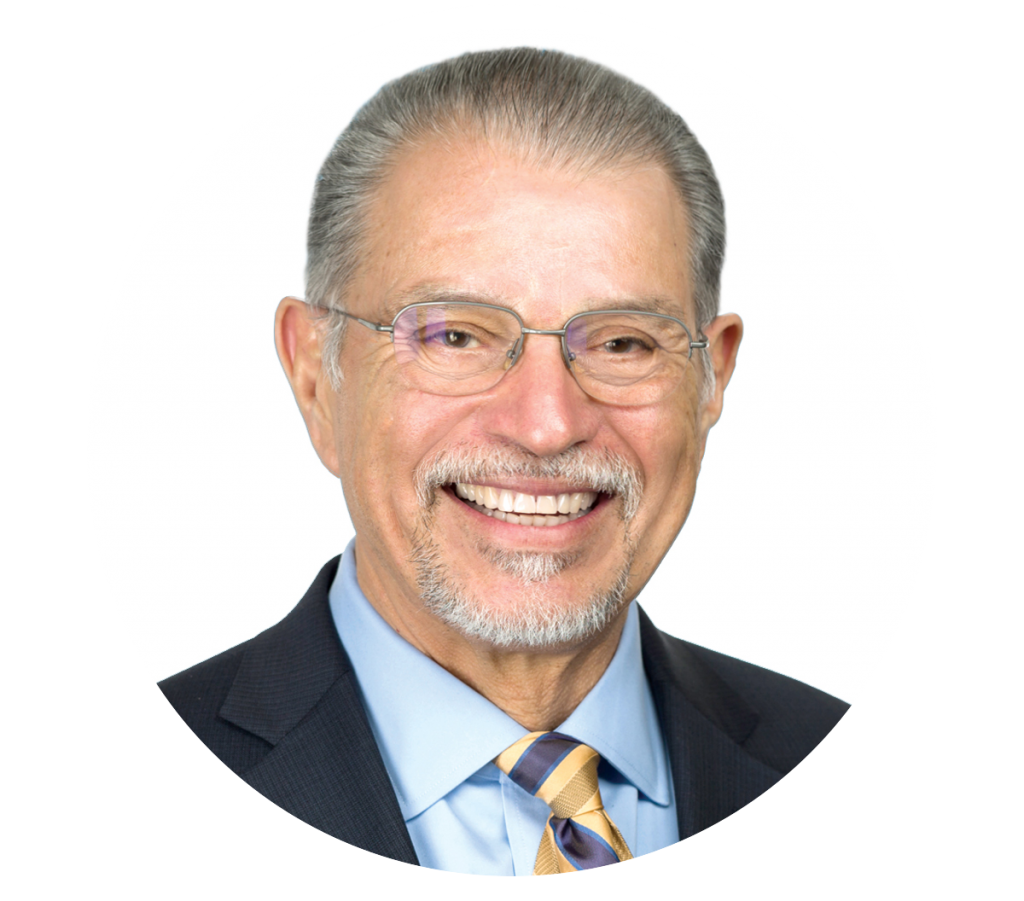 “White Privilege, You Know It When You See It.”

For those of you who have never known, never wanted to know, never wanted to acknowledge its existence, or do not understand what white privilege is, now you have seen it! The attack on our country’s capital by insurrectionists without fear of reprisals was an attack on the existence of our democracy by white people who believe themselves to be better than everyone else.

Justice Stewart Potter famously used the colloquial expression, “I know it when I see it” in his 1964 concurring opinion in Jacobellis v. Ohio, as he described obscenity. How fitting is it that the obscenity of insurrection and white privilege that marred our country on Wednesday, January 6, 2021, showed everyone in this country what white privilege truly is. It is the self‐aggrandizing belief and unfettered demonstration that, “I am white and can do what I want to do, wherever I want to do it,” without fear of repercussions. Conversely, had 30,000 people of color shown up and stormed the capital, there would have been significantly more injuries, arrests, and deaths among the demonstrators.

How do I know what white privilege is? I have seen it and experienced it. It is the look white principals and secretaries gave me when they stood in front of me, blocking the entrance into the school, staring at me in disbelief that I, as a Mexican American, had the audacity to want to attend the closest school to my home. Which by the way, was only for white people! That glaring wide‐eyed look has been etched in my mind since August 1959. It is that look I saw at the age of six that I will never forget. I saw the same look later in life in an institution of higher learning. It is the vile hatred with which white people came into my neighborhood, armed with bats, “ready to kill Mexicans.” It is the young, white kid that has been raised to disrespect anyone that does not look like him/her and gets in front of me while in line because they are taught at home that people of color are less than them. It is the spite with which white people look and speak to me, as they spit on me. It is the profiling and stops I consistently get from the Border Patrol and Police Officers because of the color or length of my hair. It is the warning to assimilate myself to the white culture because my hair and goatee do not fit the professional profile. It is the tone of voice with which I am spoken to and the disrespectful behaviors I experience in Corporate America. It is the promotions I am passed over in favor of other white, less experienced individuals in Corporate America. It is the privileged dealings that take place amongst white individuals removing all opportunities for people of color to succeed. It is the backlash I know I must tolerate when I promote and defend employees of color against disrespectful and prejudicial behaviors.

White privilege transcends all economic and educational strata. It rears its ugly head amongst the rich and poor, educated and not so educated. It knows no limitations other than, white means you are better than everyone else. This is what white privilege looks like, through my eyes.

I must also say that not all white people are as such. I personally cannot paint every white person with the same brush. If it were not for a friend and his family who was white, my life and career would not be what it is today. My Corporate America mentors were primarily white and Mexican American. I grew professionally because of them. My family has benefited from the resources and teachings I received from them. The privilege they brought with them, the purity of their intentions, the purity of their willingness to share knowledge with someone that does not look like them but has a value system that mirrored their own was for the betterment of everyone around them. As I think of these individuals, I think of people who respect others without parameters, behave and act with character and integrity, and try to improve the lives of other people because they believe in equity, equality, fairness, and justice for everyone. These individuals live and think beyond their ethnocentric selves. They leverage their platform to benefit others.

I have seen this privilege from white people at its worst, with my very own eyes. It has been difficult to observe and tolerate. I have also seen it at its best, where color had nothing to do with building friendships or collegial relationships. Respect sat at the core of their intentions. So, as difficult as it has been for me to see white privilege from every aspect of my life, it would be wrong of me to say all white people behave in a privileged manner.

What we and the rest of the world saw on January 6, 2021 was white privilege at its worst. These 30,000 white privileged individuals attacked the sovereignty of the majority vote and the 2020 presidential election. They intentionally broke the law, injured people, killed five individuals, traumatized others, placed people in fear of their lives and tried to destroy our democratic institution. It was clear to me that these 30,000 white privileged men and women had the same spite and hate I have seen all my life. Their self‐aggrandizing behaviors and actions, which I have seen all my life, just got bolder. More importantly and most concerning of all is that these men and women were sent to our country’s capital representing millions of other white privileged individuals.

As a person of color I have experienced many things throughout my life and continue to experience those things today. In each instance I chose to move through all hateful behaviors simply based on the color of my skin. As I have processed what occurred on January 6, 2021, I realize the only good thing coming out of this insurrection is that the federal government now has to be transparent. The outcomes, arrests, and convictions will tell us if our democratic institution is truly founded on equality, fairness, and justice or if our democratic institution actively and consciously suppresses growth and advancement of our people and communities of color.

Click on the link below for an article written by Fernando Martinez.

You Know It When you See It